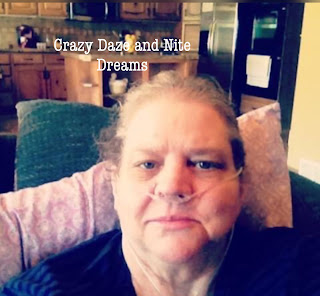 Previously on “My Life”
We saw me in the ICU. After they determined I didn’t need to be in there, they sent me to the orthopedic floor of the hospital.
POW!
Why the orthopedic floor?  Well, because I had a hip replacement Duh.  Let’s discuss why that is not the best floor to be on when you are in a different crisis. The nursing staff are used to dealing with people that aren’t sick. People on that floor are just having rehab. Not this girl. I can’t breath without oxygen. I can barely walk myself into the bathroom. I’m so sick, no rehab is happening. I should have been on a surgery recovery floor. Those nurses are used to sick patients.
HOLY QUIZ SECTION BATMAN!
While in the hospital, the liver team came in and “visited” with me. They informed me that my liver had not faired well during the surgery. They also said I needed to start going to a hepatologist. They are a branch of medicine that manages the liver, gallbladder, biliary tree and pancreas.  They gave me the name of a doctor to go see.
I had already been diagnosed with NASH
which stands for NONALCOHOLIC STEATOHEPATITIS
(a buildup of fat in the liver) so I knew my liver was already sick. This was when I had just lost my job, so we didn’t have any insurance. Which makes it very expensive to have any medical treatment. Thank goodness after a 3 year battle, I was able to get on disability.
(Remember these medical terms, there will be a quiz later)
BOOM
I was having such a hard time breathing, that I was sent home on oxygen. I was on it for 6 months. When you are on oxygen, DO NOT take it off while taking a shower. You will feel like you’re dying.
BAM
A couple of months after finally getting off oxygen, we had a family reunion. It was in the beautiful canyons where we live. Of course those fabulous areas have the gross toilets. I usually try not to even use them. All of the sudden I felt like I was losing everything inside of me. I run in there and pass something that looks like this 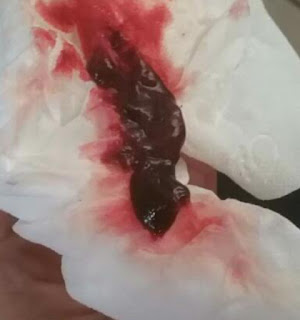 The blood clot that exited my body was even bigger. WHAT THE!!! And of course, there was very little toilet paper. I did the best I could and told my family I had to leave. After the weekend I made an appointment with the gynecologist, she ran a test but told me she was pretty sure it was UTERINE CANCER. You read that right. Yay me.  She lined me up with an Oncologist Gyno, who confirmed that is was. Lucky for me it was only stage one. Oh and BTW, I had gone through menopause about 10 years earlier, so any kind of bleeding was super weird. She had to get permission from my hepatologist do give me a hysterectomy. He gave it, I had the surgery, went home the next day, at which time all hell broke loose.
Posted by Dazee Dreamer at 10:08 AM