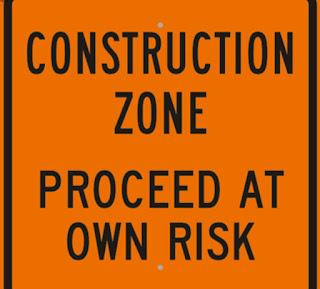 Warning, this post may cause different emotions. Be advised.
I’ve asked my siblings, children and grandchildren to write things about an experience or two they’ve had with me in my hospital experiences. Please enjoy.
From My Brother John
I visited Dazee the day of her surgery, thinking she had been out of surgery for a while and was now resting. Instead I found a team of doctors and nurses (as well as her husband Brent) around her getting her to sit up and trying to adjust her to lay down in her bed. Once she was laying down, one of the doctors started talking to her, asking her questions and such. She was very much out of it from the drugs and anesthesia, and gave short answers.  Good thing Brent was there to hear the instructions because she was in no condition to comprehend it all. It was quite the mad house in the room and I waited awkwardly for her to be settled down so I could say something to her.
Finally she was laying down with covers over her body, so I went up to her and said a few words, like “hi Dazee, it’s John”. Ha, she was so drugged up I wasn’t sure she would know who I was. She sort of acknowledged me, and said something about dad that totally didn’t make sense. I spoke no longer than a minute. Brent and I both had the understanding that the timing wasn’t great for a proper visit. He thanked me for coming. The next day I visited her again, and sure enough, she had not remembered a single thing about my visit the day before. We had a good second visit.
The thing that struck me when I first read this memory from my brother, is my mentioning dad. He passed away 7 years ago. I feel like he must have been there with me during surgery. I like to think we had discussed some things.
Weird things started happening two or three days after transplant. It was night and Brent had left for the night. I was laying in my bed. I had a nurse that would come into my room and say she would be right back, but then would be gone for three hours. I kept pushing my call nurse button, but they would say they couldn’t find her. I then watched as they changed the room diagonally across from me where they had a camera set up where they could sit in there and watch what I was doing. I could hear them in there laughing. There was a older couple that were walking down the hall, I would scream for them to help me. They would just look into my room and go on their way.
It seemed like the whole hospital was in on the spying they were doing on me. The Director of the Transplant Clinic. All the nursing and doctor staff. They even told me that Brent and my kids were against me. They told me they were sending my sister in law Melodie to Germany to spy on me from there. When she got home I asked her to come really close because I had a question that I didn’t want Brent to hear. I told her I knew what she and the family were up to and I didn’t trust anyone.
I know now that I was hallucinating. But when you are going through it, you constantly tell everyone you’re not. They just look at you and give you that smile.
From My Sister in Law Melodie
In January 2019, I had just returned from seeing my newest grand baby in Germany. Dazee had had her liver transplant a couple of days before I came home. I had visited her on Monday and she seemed a little different. Given the incredibly invasive nature of a liver transplant, I figured it was somewhat normal, but I was still concerned. She kept asking me if I had really gone to Germany.
Brent ran home to take care of a few things and returned quickly, anxious to take his place as guardian of his love. I visited again on Wednesday and suggested he run home again. He refused. He was gravely concerned and I was noticing how off she was. She was fearful the nurses were laughing at her (which is so unlike her normal thought process).  She started complaining that the water in her cup tasted like dish soap. Brent went and purchased her a bottled water, but she said it tasted like dish soap too.
Now, I know this is something to watch for with SEIZURES, taste being thrown way off. The nurse came in to check for bedsores and I held her hand to help lift her, but then she started choking and having some foaming on her lips. I said Dazee! Dazee! Brent said, “I KNEW this was coming!”  He came over to us and the nurse pushed whatever button she needed to to get a team in there. 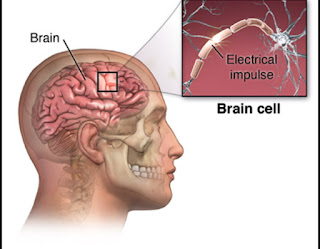 SHE WAS EXPERIENCING A SERIOUS SEIZURE
They told us to leave the room. Brent refused. He started putting chairs between me and him and the pathway so they couldn’t force us out. We watched as they worked on her, continuing to tell them we were staying. When they got her stabilized they told us they were moving her to ICU and a social worker took Brent and I into the waiting area. He was angry and upset. I was too and I knew I had to stay until he seemed more settled. I think he wanted to punch everyone out. His frustration was palpable. I cried on my way home and felt like I was a little bit in shock. I feared she was not going to be Dazee anymore. That was the most difficult day.
Later when visiting her, she kept saying she wanted to die. Those words are hard to hear yet understandable given the incredibly difficult, painful, powerless feelings she must have been experiencing.
I do not remember any of this. All I remember is waking up in ICU.
Posted by Dazee Dreamer at 7:49 AM